The landlord of an existing Veterinary Specialty Hospital with attached neighborhood clinic initially commissioned PZS Architects to conduct a feasibility study to determine whether the best way to expand and upgrade the existing facilities would be through renovation and addition to the existing building, or a new structure on the same site.  The project has now moved into design development based on a 17,000SF addition  to part of the existing facility.  Other portions of the existing building will be removed.  This project presents two unique challenges.  The first is to design a facility that has a unified presence for the clinic and hospital, but allows for independent operation of the two units within the building.  The second challenge is to sequence construction in such a way as to allow continuous operation of the hospital during construction.  This will be accomplished by building an addition around the existing facility and then demolishing a wing of the existing hospital and using that space for a new parking lot. 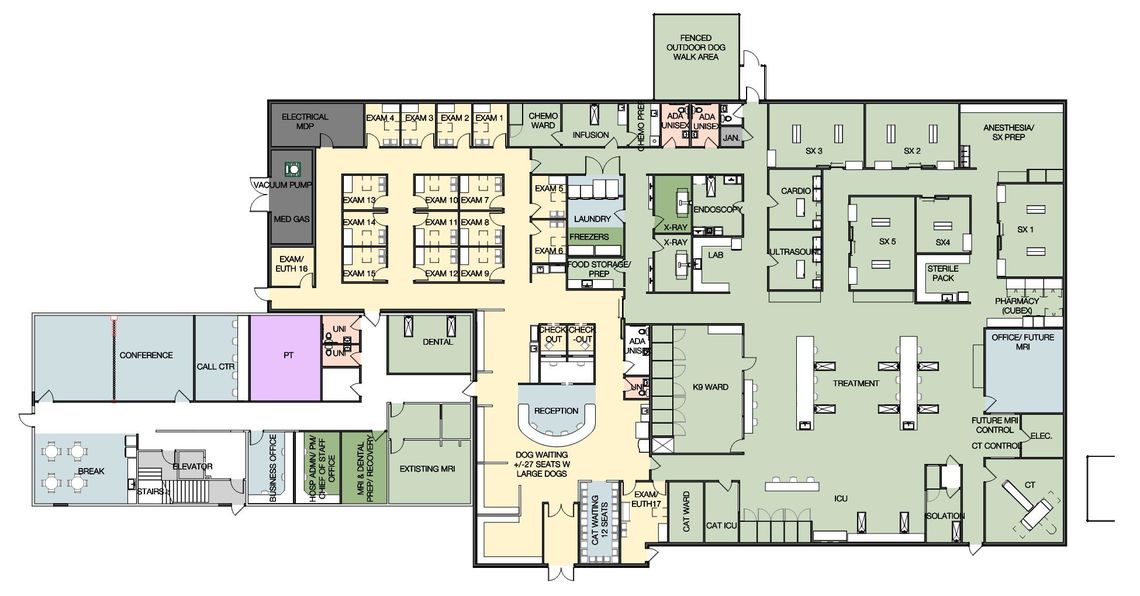 More From On the Boards