The building originally opened in 1922 as the Green Hill Farms Hotel, designed by the by renowned architect Horace Trumbauer. The Eastern Baptist Theological Seminary later converted the resort into classrooms and dormitories in 1939, and added a chapel in 1951. In 2012, Cross Properties purchased the property and placed it on the National Register of Historic Places. 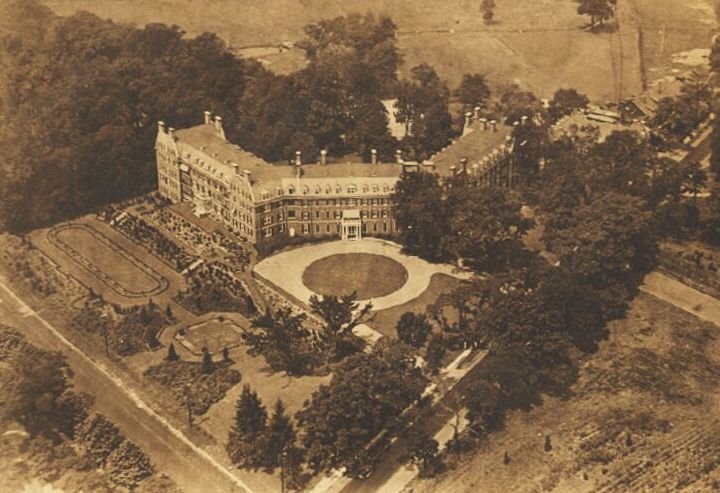 PZS Architects worked with Cross Properties on this $35 million adaptive reuse project with a design intent to celebrate the past. The original facade, including Trumbauer’s signature balconies were retained and historic details including original marble stairways and original fireplaces were preserved. The floor plans were re-imagined to accommodate a mix of one, two and three bedroom units, integrating modern technology and finishes to create a living environment worthy of its history.

Good Food Flats was recognized as one of the "Best Real Estate Deals of 2015" by the Philadelphia Buisness Journal. We're honored to be collaborating with Cross Properties on this exciting project.